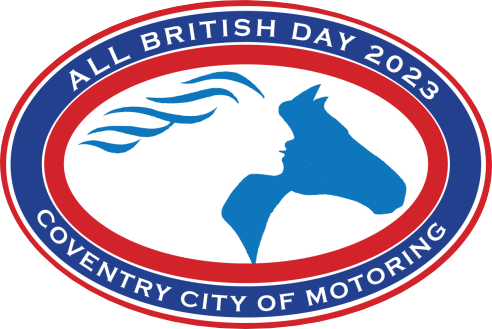 About All British Day

To organise and coordinate the presentation of the annual All British Day event
for recognized Club members and also promote fellowship between owners of British vehicles, their families and friends.

To be a non-profit organisation whose entire income is devoted to the pursuit and promotion
of its objectives with any surplus funds donated to charitable or community services organisations. 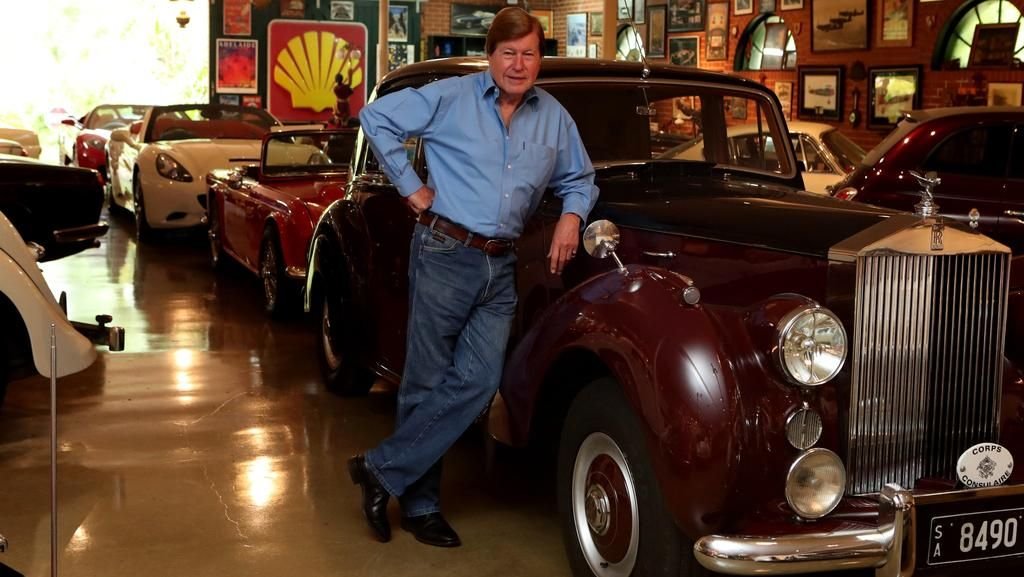 Jeremy Cordeaux has worked successfully in all facets of the media – radio, television and print. His wide experience in radio extends from on-air presenter, a programmer, general manager, managing director and owner of three high performing and successful radio stations – 5AD FM, 5DN (the oldest talk station in Australia) and 5SE Mount Gambier. He enjoyed a successful career at 2GB and Channel 10 in Sydney.  He was both a presenter and packager of prime time programmes and his career has been awarded with a Walkley Award for excellence in journalism, three gold medals from the International Radio Festival of New York for the “Best Talk Show Host in the World”, a bronze medal for the “Best Community Programme in the World”, awarded a Knighthood by the Order of Saint John (KGSJ) for services to the community and awarded an Order of Australia – AM for services to charity, the community and broadcasting. In 2015 Jeremy was inducted into the Australian Radio Hall of Fame for his outstanding contribution to broadcasting over the last 50 years

Owner and Managing Director of Australia’s first “radio combo” – the highly successful number one FM music station 5AD 102.3 and the number one AM talk station 5DN.  In 1996 at the time of their sale to ARN these stations were the highest rating and most profitable in Australia.

Founding Chairman of the Variety Club of S.A., life member of the Royal Institute for Deaf and Blind Children NSW, patron of the Motor Neurone Association and served as board member and supporter of many other charities including the Smith Family, and Red Cross.

Jeremy Cordeaux has worked as a presenter of news and current affairs programmes for all the major radio and television networks in Adelaide. Jeremy has an extensive collection of beautiful British cars.

We are privileged to welcome Jeremy as our Patron for All British Day.

The All British Day is a static display motor vehicle event held on the second Sunday of February each year.

The origin of All British Day goes back to the early 1980’s when a few like minded enthusiasts from local car clubs hosted a picnic day incorporating a small display of British vehicles in the St Clair recreation grounds at Woodville. From these humble beginnings in metropolitan Adelaide, All British Day as it became known, grew and eventually relocated to the picturesque town of Uraidla in the Adelaide Hills, its location for many years. The growing popularity and size and success of the event, both in number of entrants and spectators attending, necessitated another move. In 2013, we relocated again to the hills township of Echunga, which is our present location. All British Day is one of the biggest events in South Australia’s motoring calendar.

The run up into the hills saw the introduction of the All British Day Breakfast held en route and has become a popular start to the day for many entrants. For some years now the Sporting Car Club have been running the All British Day Breakfast which is now held at the Mylor Oval.  All British Day is a joint effort between registered vehicle clubs to bring together this annual display. As the name suggests the event is designed to cater for vehicles that are of predominantly British manufacture or design. With many of the marques on display and no longer manufactured, this is an opportunity for the public to see the results of many hours of enthusiast’s hard work and skill on display, from the most prestigious brands to the more modest commuter of the day.

We have approximately 800 vehicles entering each year resulting in a rich and diverse range of British cars, motorcycles, trucks and even tractors that all played their part in Australia’s history.

All British Day is an incorporated organization comprised of a committee of about 15 car club members each one playing their part in the running of the day.

We are a not-for-profit organization, the only funds we preserve and carry over are enough to fund the upfront costs for the following year’s event.  After the event, we donate to several local charities and groups that help us run the day. We work closely with the committee of the Echunga Recreation Grounds Committee and appreciate their efforts in coordinating various local groups to cater food and drink for the day. The food and drinks you purchase is directly helping the local community.

We cannot do it all, we greatly appreciate the generous support of the Mt Barker Council assisting us with this event. We engage the services of the Echunga CFS to manage the traffic on the public roads and our Anderson Road car park (owned by Echunga Golf Club), we too are also grateful for the help we get from the Flagstaff Hill Rotary Club for their work with the ticket sales on both gates and overseeing the traffic control of the disabled parking and public motorcycle parking. 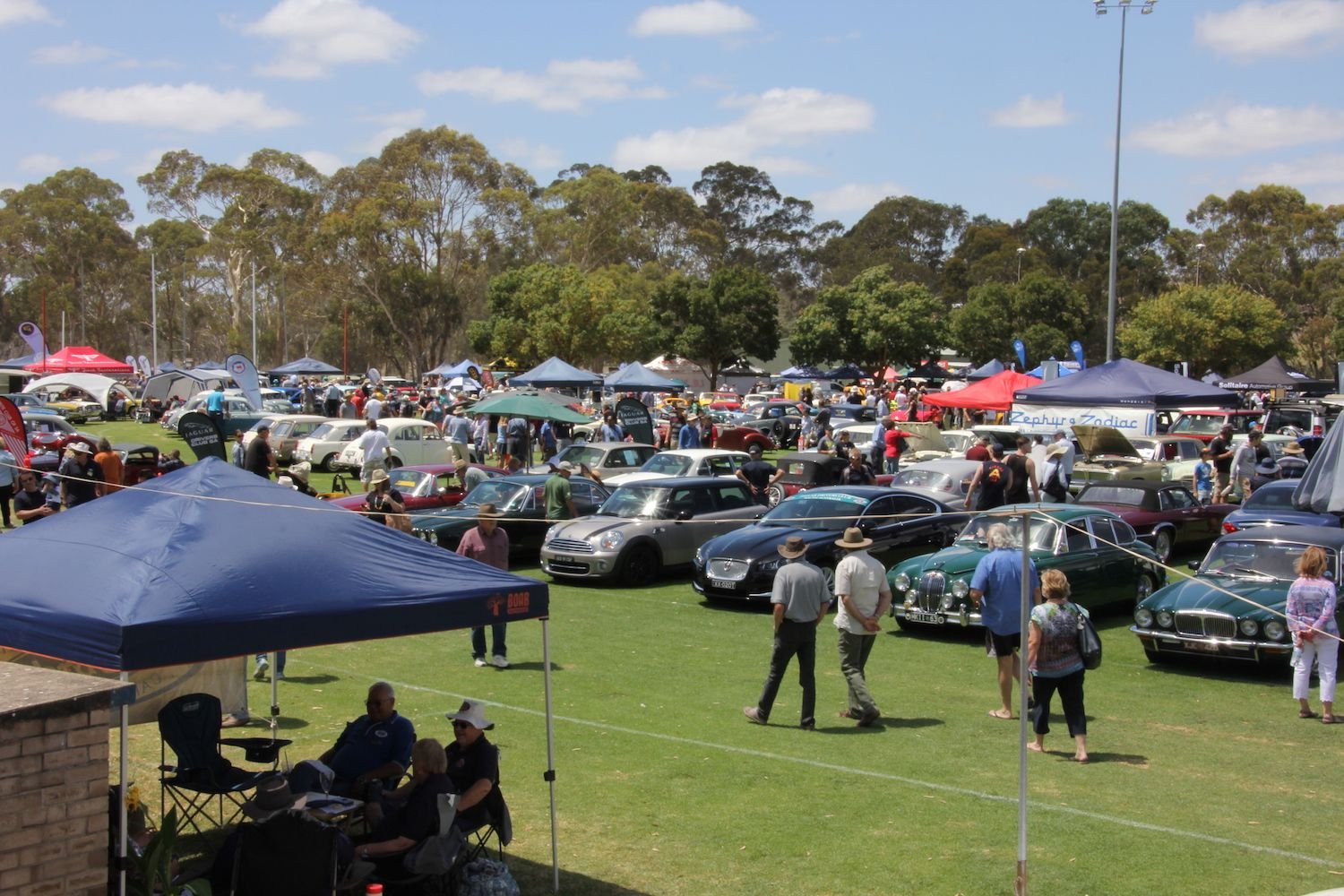 A policy of NO DOGS is in place for this event. This does not apply to assistance dogs for the disabled.